​In 1999, Bob Boze Bell bought True West magazine (published since 1953) and moved the editorial offices to Cave Creek, Arizona. Bob has published and illustrated groundbreaking books on Wyatt Earp, Billy the Kid and Doc Holliday and his series on Western gunfights is titled Classic Gunfights. Bob's subjects include but are not limited to commercial illustration, Cowboys, Figure/Figurative, Western Cowboys, Indians, and horses and mediums include gouache, scratchboard, oil and watercolor.

In addition to his efforts for True West, Boze's artwork and writing have appeared in Arizona Highways, New Times, Playboy,  Wild West, and National Lampoon. He has illustrated numerous book and cd covers and appears on the History Channel, Discovery Channel and the Westerns Channel. He has illustrated for Disney's production of A.K.A. Billy the Kid, Northport Pictures' The War in Lincoln County, Discovery Channel's Outlaws and Lawmen and the PBS production entitled Alias Billy the Kid.

As Executive Editor, Bob Boze Bell is featured on True West Moments on Encore's Western Channel daily and answers inquiries that come in from around the world.
Bob Boze Bell's recognition as a historian may only be surpassed by his reputation as a prolific artist. "Wonderful stuff! Bob Boze Bell paints what the rest of us can only imagine", says Fred Nolan, author and Lincoln County War expert. He is emerging rapidly as the "go to" artist for both the film and print industries. Due to its dramatic action and attention to detail, Bob Boze Bell art is becoming a favorite for top producers, directors and editors. 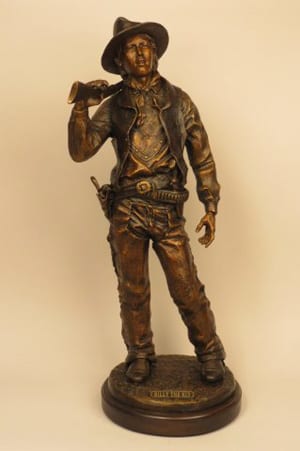 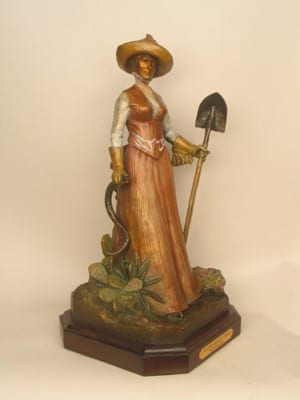