Upton S. Ethelbah, Jr. a.k.a. "Greyshoes" is living proof that it is never too late to learn.is life-long career had been in education and social programs for Native Americans and other minorities. But at the age of 54, Greyshoes traded the pen and paper for sculpting tools, after a friend introduced him to a 20-pound chunk of red and green Utah alabaster. Greyshoes quickly fashioned it into a native drum perched upon kiva steps. The piece was given to his mother so that it would remain in the family and never be sold.

That was a number of years ago. Now, Greyshoes' award-winning contemporary Native-American sculptures are collector's items for art enthusiasts nationally and internationally.

Santa Clara Pueblo, New Mexico is where Greyshoes calls home. Currently, however, he is living in Albuquerque to be near his aging father. Greyshoes' mother's family name is Naranjo and his father's people come from the White Mountain Apache tribe in Arizona. Loosely translated, Ethelbah means "Greyshoes" in the Apache language.

This second career makes Greyshoes feel like he's 18 years old again, He feels that he is very fortunate to have come upon such a successful second opportunity in his life. In finding subject matter for his stone carvings, Greyshoes primarily draws upon his parent's heritage. His art medium and the vast majority of the images that he carves have stylized Native American themes.

"One of the things that happens for Native artists like myself is a reinforcing cultural experience. Almost all Indians participate in their tribal traditions and ceremonies. I do that at Santa Clara Pueblo. Now I'm also able to draw from that tradition and utilize our symbols and images in my stone creations."

Greyshoes has won numerous awards for his sculptures.He enjoys traveling all over the country meeting people and educating them about Native American art and culture.

"The majority of the people that come to Indian art shows are non-Indians. They are very respectful and interested in Native Americans and whether they buy my work is not important. It is a pleasure spending time with them."​ 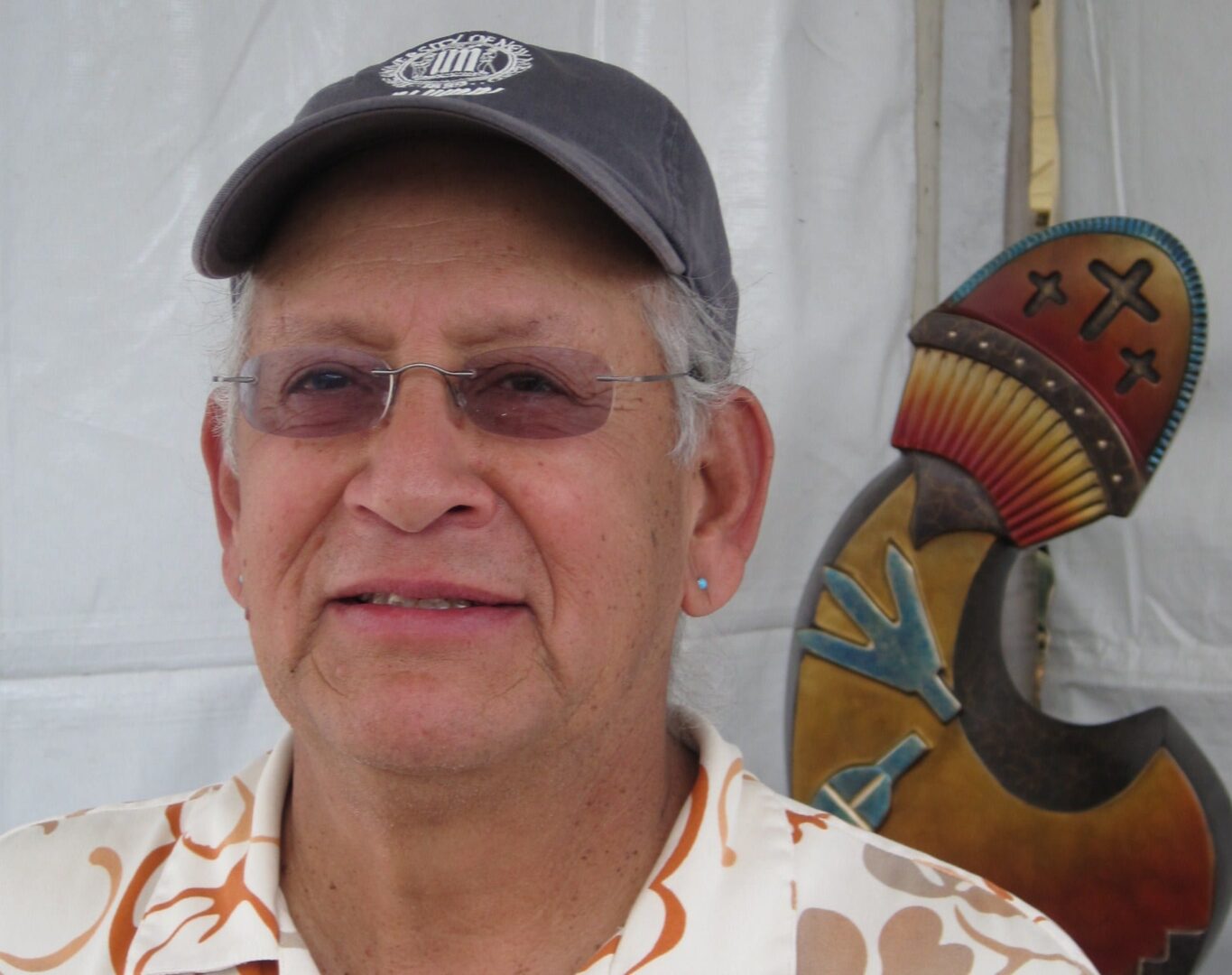 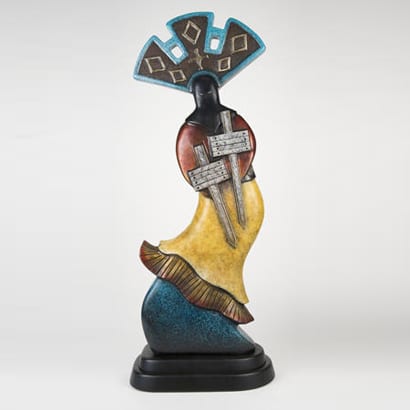 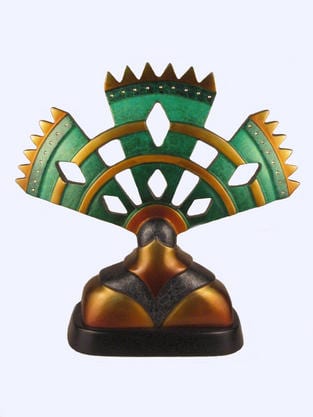 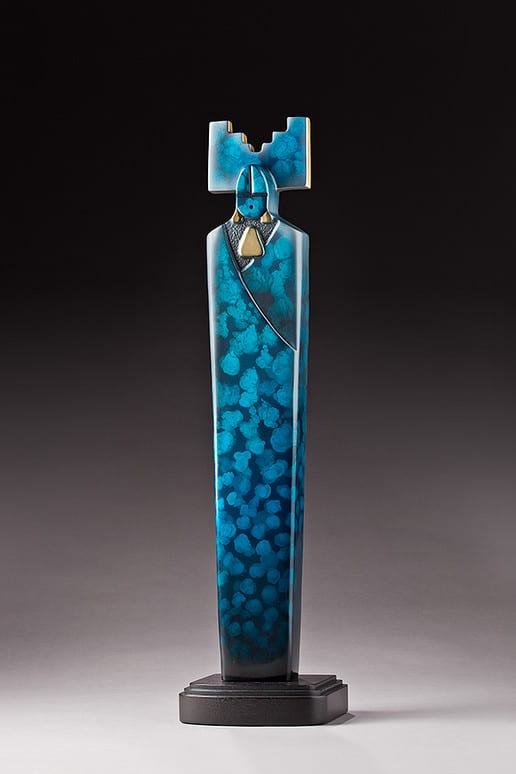 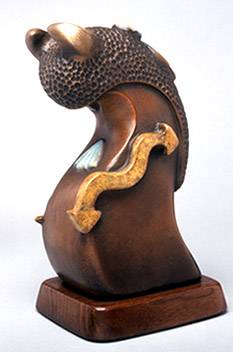 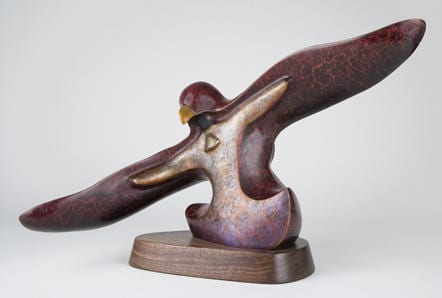 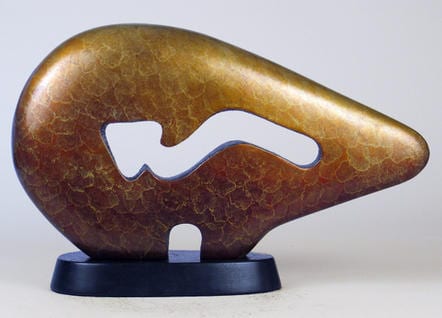 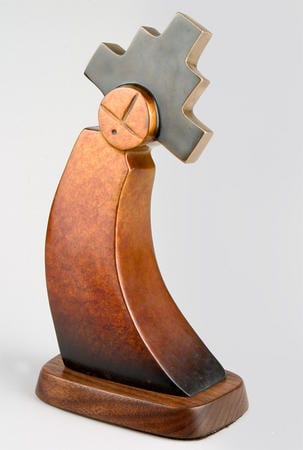 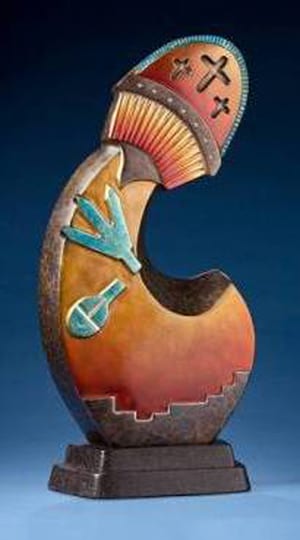 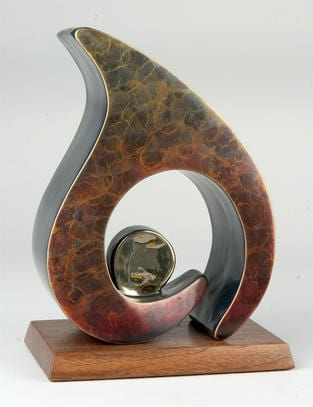 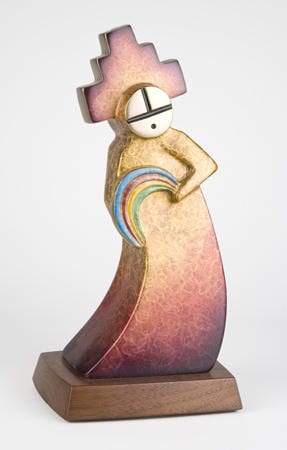 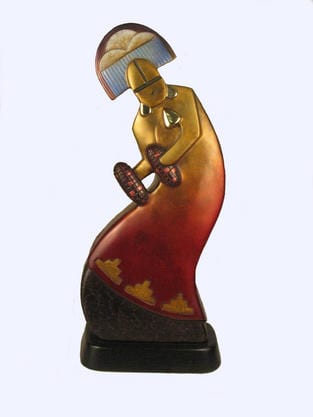 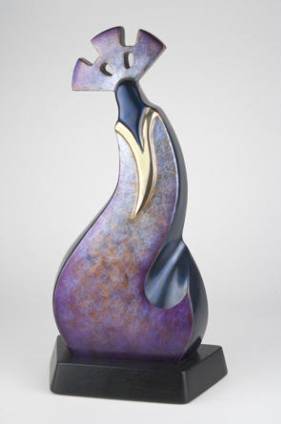 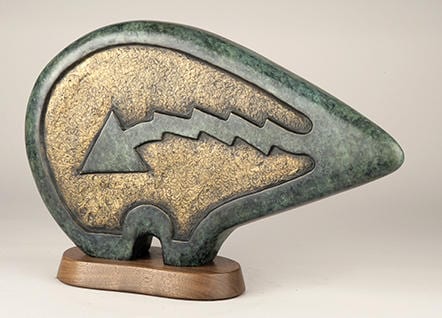 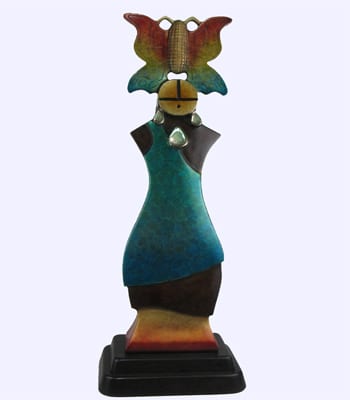 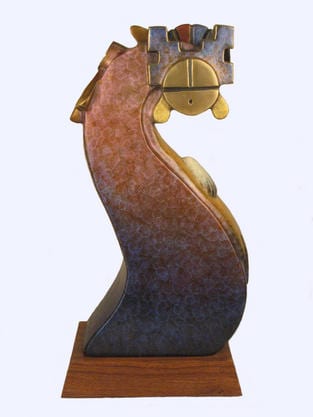 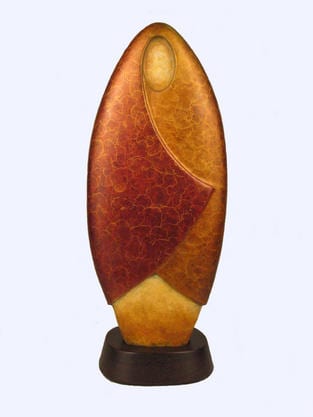 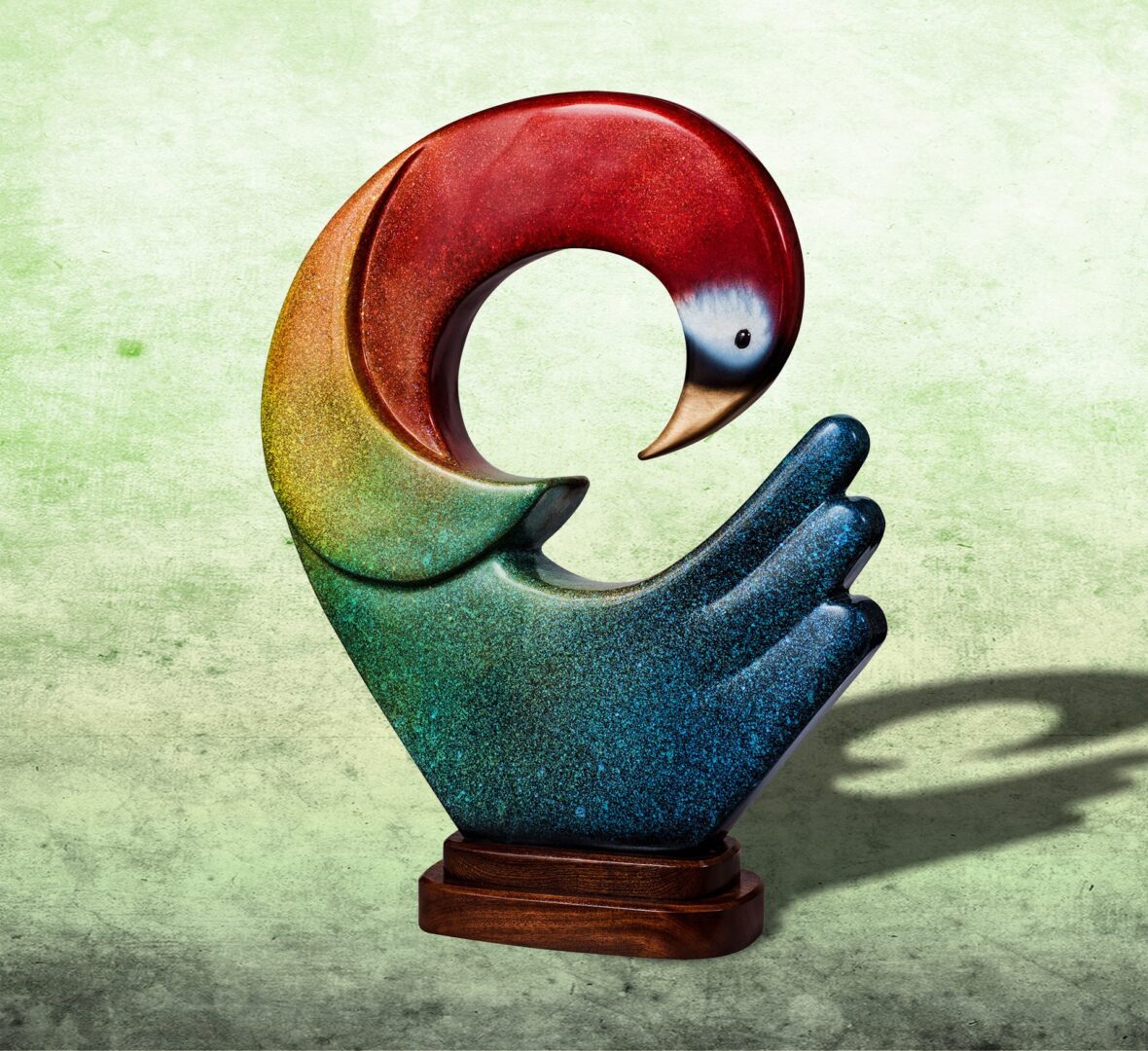 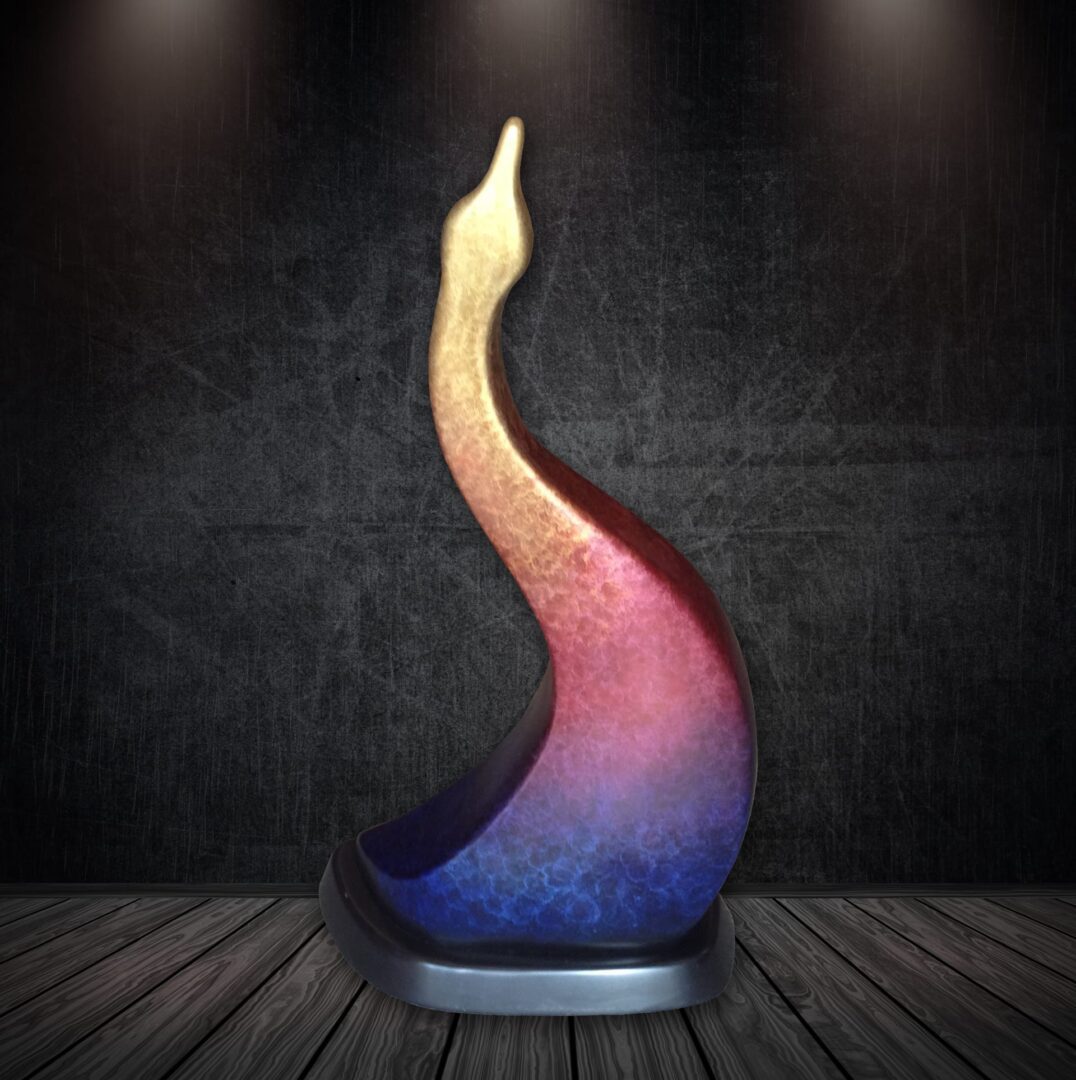 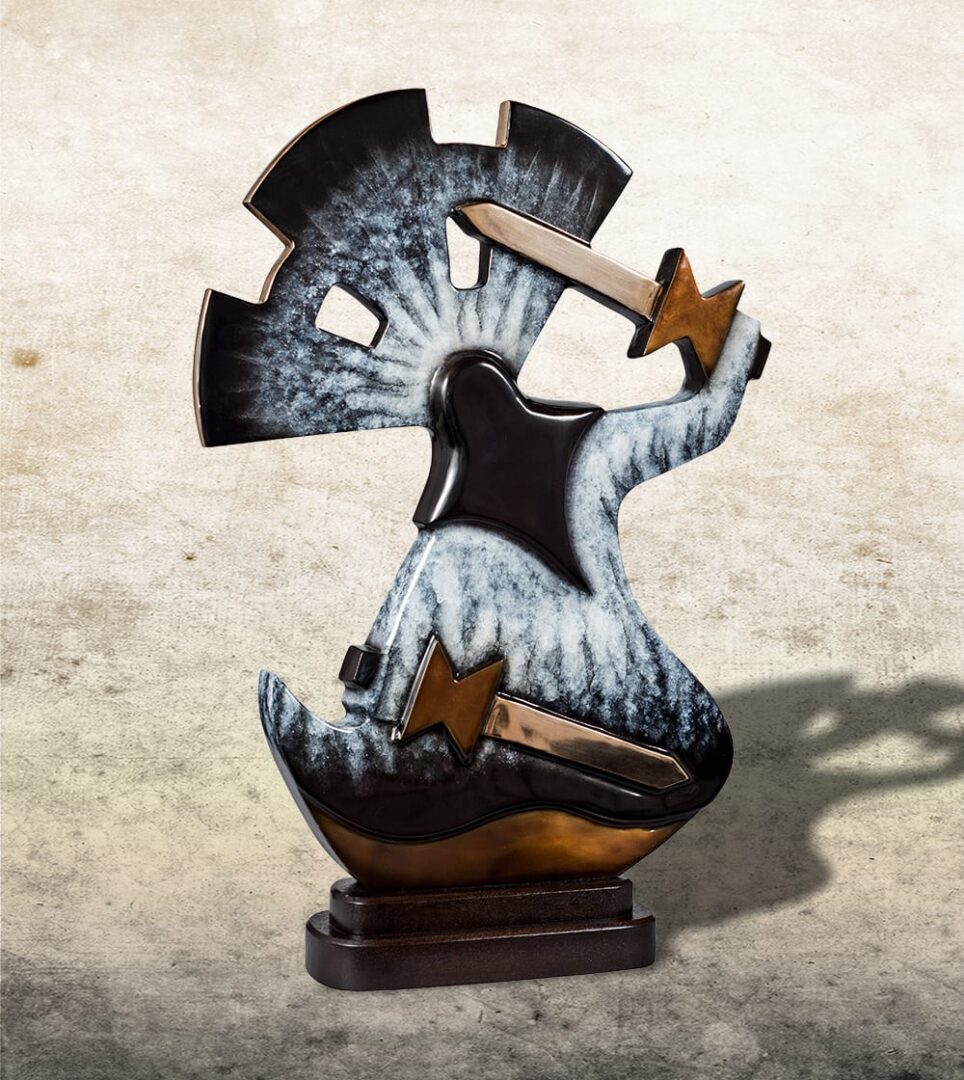